This website has been created by the European Movement in Serbia with the support of the European Fund for the Balkans within the initiative “Towards the Politics of Serbian-Albanian Friendship”, in cooperation with the Institute for Philosophy and Social Theory from Belgrade. This is a part of the larger project Democratization and Reconciliation in the Western Balkans. This Jean Monnet Networks project aims at building a consortium of higher education institutions, civil society organizations and research institutions with the purpose of delving into the question of why the EU’s democracy promotion policies have failed to encourage reconciliation in the Western Balkans. In other words, are the EU’s inclusiveness policies able to promote democratic values such as tolerance and diversity in the Western Balkans, in addition to democratic procedures?

EMinS has more than 600 individual members and 12 collective members in a network of 14 local councils.

Today, EMinS is a leader in terms of its project management and technical capacities, and research and development expertise. The organization is also an implementing partner with a great reputation in development programs.

In the course of 25 years more than 250 projects have been implemented with a support from different donors and partners. EMinS embeds within its program bodies five Fora – Forum for International Relations, Research Forum, Economic Business Forum, Forum for Culture and Youth Forum, all five gathering both theoretical analysts and practitioners in their fields (from economy via diplomacy to agriculture and culture). The EMinS is founder and Secretariat of the National Convention on EU (NCEU) in Serbia a civil society platform that gather more than 700 CSOs in participating, monitoring and informing about Serbia-EU negotiation process.

Secretariat in Belgrade has operating office with 10 full time employees and more than 100 part-time, expert associates. 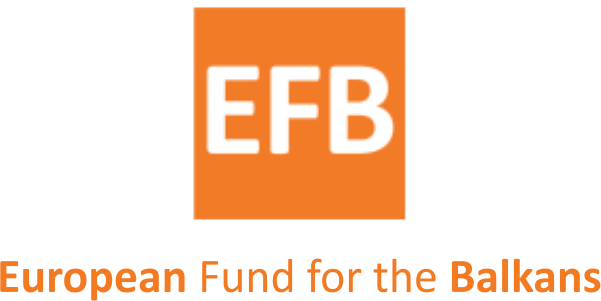 European Fund for the Balkans

The European Fund for the Balkans is a joint initiative of European foundations (Erste Foundation, Robert Bosch Foundation and King Baudouin Foundation) that envisions, runs and supports programmes aimed at strengthening democracy, fostering European integration and affirming the role of the Western Balkans in addressing Europe’s emerging challenges. 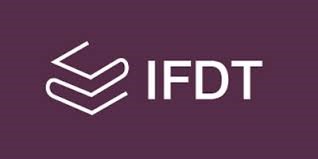 Institute for Philosophy and Social Theory

The Institute for Philosophy and Social Theory of the University in Belgrade is engaged in systematic and long term research in the fields of philosophy and social theory.

Each theorist and researcher of this institution endeavors to further the development of their respective field of study, such as philosophical anthropology, social theory, history of social ideas, history of philosophy, philosophy of science, philosophy of language, bioethics, sociology of religion, political philosophy, epistemology, ethics, social anthropology, political sociology, sociology of science, etc. Significantly, each of them also strives to contextualize scientific trends in Serbia and the world in an interdisciplinary way.

The research fellows of the Institute are also employed as teachers at the humanities departments of universities in Serbia and the region. The Institute pays special attention and devotes considerable energy to engaging young and talented people, as well as to establishing a dialogue with the larger scientific community through the organization of gatherings, workshops and lectures.

In addition to its primary scientific and research work – done through project cycles – the Institute has a strong publishing house. The texts published in the magazine Philosophy and Society, as well as all the books that come out of the Institute, follow the editorial and scientific policies of the Institute, and are peer reviewed and edited.

Democratization and Reconciliation in the Western Balkans project partners: 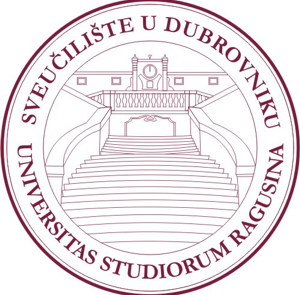 University of Dubrovnik (UNIDU) is one of the youngest Croatian public universities, founded in 2003. UNIDU’s modern development is based on a long tradition that goes back to the 17th century when “Collegium Ragusinum” was established. It was the first public institution of higher education in the “Republic of Ragusa” (14th – 19th century). Nowadays, UNIDU stands out for the variety of academic programs offered, its organization and technical equipment as well as for its unique geographical position. The main characteristics of UNIDU are:

– Realisation of educational plans and programs that are completely compatible with the Bologna Declaration;

– Guarantee of transfer of ECTS credits and of mobility of students and lecturers;

– Stimulation of active involvement of students in the education process, governing bodies and research projects, and extra–curricular activities;

– Continuous monitoring of the quality of educational activities based on mutual evaluation of students and lecturers;

– Stimulation of educational and scientific improvement of lecturers and their assistants;

– Monitoring needs of the economy and of the social community in the preparation of new educational plans and programs which are based on the cultural tradition of Dubrovnik, while, at the same time, introducing new modern programs which should create new traditions;

– Openness towards the international co–operation with the aim of attracting international programs and foreign students. At UNIDU there are 8 departments and 2 institutes; 17 undergraduate studies, 14 graduate studies and 2 postgraduate studies are performed. UNIDU has 2000 students, 255 employees (145 teachers + 110 other staff). UNIDU is currently building new premises for its students, such as student dorm and the campus.  Both  of  these projects  are  enjoying  a  great  support  from  the  city  and  the  county. Development of Dubrovnik as a “University city” is one of the main strategic goals of both the city and the county. 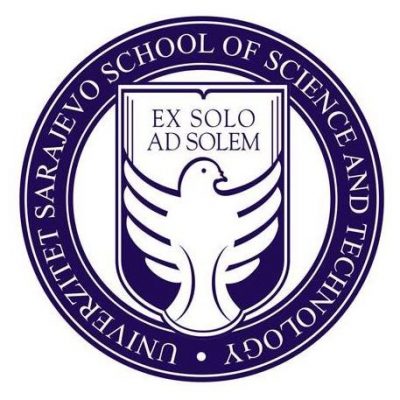 Sarajevo School of Science and Technology

The Sarajevo School of Science and Technology was established in 2004 as the first private university in BiH where teaching and exams are conducted in English. Initially, it started as a university focused on IT, computer and engineering sciences, but has since expanded to include departments of Political Science and International Relations, Economics and Medicine. Dedicated to providing a quality education, as well as international competitiveness and recognition, SSST established collaboration with the University of Buckingham (UK), requiring SSST to meet the academic standards of the University of Buckingham and the United Kingdom (QAA – Quality Assurance Agency standards) and offering students a dual degree. Since the signing ceremony of the collaboration agreement between SSST and University of Buckingham, SSST has strived to attain excellence. The faculty at SSST is composed of young people who have graduated from some of the most prestigious schools and programs across Europe and the United States. Moreover, the faculty is actively engaged in research within their fields, ensuring that they are on the ‘cutting edge’ of research as well as innovative teaching methodologies. In return, SSST has produced extremely talented and educated students, which have gone on to postgraduate studies at top universities or have been employed in successful firms and high positions in BiH and abroad. In addition to the rigorous academic standards and quality assurance from the University of Buckingham, students graduate from SSST with fluency in English and German, so as to better prepare them and make them more competitive locally and internationally. Likewise, all students must have a minor in addition to their major field of study, allowing them to specialize and as such sharpen their skills and knowledge.  Taking on more of  a Western model of higher education, SSST has also created several research institutes,  such as the Balkan Institute for ‘Conflict Resolution Responsibility and Reconciliation’ and the Energy and  Water Research Centre, among others. 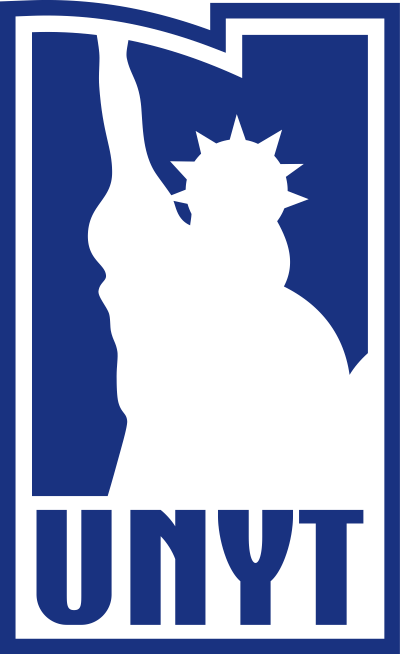 UNYT is a truly unique educational institution within Albania for a number of reasons.  First, teaching at UNYT takes place exclusively in English—something that most universities in Albania cannot say.  This is an important factor in scientific research, as most of the world’s leading academic publishers publish exclusively in English. Second, unlike other similar programs in Albania, UNYT programs are taught by a core staff with degrees obtained at some of the world’s leading research institutions.  Additionally, UNYT is actively engaged in academic research by attempting to created an academic culture through the establishment of research centers within the university.  Worth mentioning, the Institute for Studies on Democracy and Development (a UNYT research center), in November of 2015 organized a major international conference on the 25-year anniversary of Albania’s communist collapse, titled “Transition in Retrospect: 25 Years After the Fall of Communism.”  Among the distinguished scholars at the conference were Professor Claus Offe from the Hertie School of Government in Berlin, Germany, and Professor Michael Kennedy from Brown University in Providence, USA.  Additionally, in 2016 UNYT was awarded a Jean Monnet Module grant on EU Democracy Promotion.

Lastly, as any reviewer of this application knows, universities in the Western Balkans suffers from a lack of an academic culture sufficiently focused in scientific research.  It is the research component of UNYT that has been the focus of the university in the past several years, for which reason we have also increased applications to major international funding projects such as Erasmus+ and Horizon 2020.

IECOB, or Institute for Central Eastern and Balkan Europe, was founded in 1995 by scholars from different European and American Universities connected through the “Europe and the Balkans International Network”. Since then, IECOB has been active in promoting a yearly Summer School, MA Programmes and vocational courses organised on its own or in cooperation with the Alma Mater-University of Bologna and through these activities IECOB has contributed to the training of more than 900 graduate students. Most of these Alumni are successful in their careers at home or in international institutions and represent a wealth for the networking system of relations promoted and supported by the Institute.  As a result, the Institute can rely on a unique economic, social and political network of individuals and institutes that provide it with high quality politico-diplomatic, legal-economic and linguistic-cultural information, research and training on Central Eastern and Balkan Europe. Furthermore, IECOB, the Alma Mater-University of Bologna and the University of Sarajevo cooperated within interdisciplinary postgraduate studies and Erasmus Mundus programme as well. IECOB also cooperates with ERMA, the European Regional Master in Democracy and Human Rights in SEE of the Universities of Sarajevo and Bologna.

From 2013 to 2016 IECOB has been partner of “di&di” (www.di-di.eu) a European project whose aim was to develop a strategy to support the inclusion of migrant job seekers in the labour market, by combining the fight against discrimination and the valuation of diversity.

IECOB is included in the National Research Institutes Register of the Italian Ministry of Education and Research (MIUR) with the Code n. 58233ANR and has been recognized by the same Ministry (MIUR) among the “Special Scientific Institutes”, according to the Italian Law 8 Oct.. 1996, n. 623/1996.