This segment of the website contains basic information about some significant projects that promoted Serbian-Albanian cooperation, reconciliation and friendship in the past years. 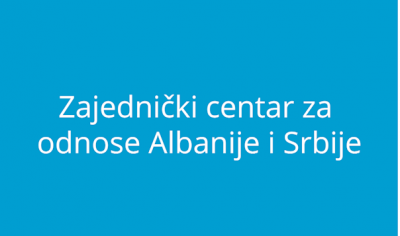 The Forum for International Relations of the European Movement in Serbia (EMinS) and the Albanian Institute for International Studies (AIIS) launched the project of the Joint Centre for Albania-Serbia Relations, with support of the Federal Republic of Germany.

The cooperation between Serbia and Albania has a strategic importance for the European integration of the Western Balkans. The bilateral initiatives, which are of great importance for regional cooperation, have so far been in the shadow. Main obstacles to the establishment of normal and fruitful relations between Albania and Serbia include the lack of knowledge about each other and the lack of opportunity for contact and mutual cooperation. Bearing all this in mind, the Albanian Institute for International Studies initiated the establishment of a joint center that would encourage interaction between experts, journalists, researchers, artists and decision-makers of the two countries.

This project will offer a new approach for the improvement of Serbian-Albanian relations inspired by the civil society, and provide new opportunities for mutual contact and cooperation, as well as for the improvement of the knowledge of citizens from these two countries about each other. Furthermore, the project will help young people to fight against mutual prejudice, open the space for cooperation between the media, foster the creation of new media coverage that will bring the citizens closer to the everyday life in these two countries, and engage decision makers at different levels to contribute to better cooperation between Serbia and Albania through active policies. 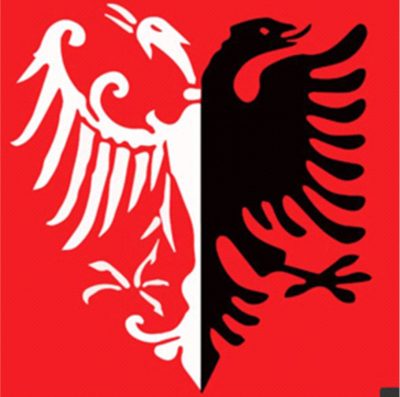 The Institute for Philosophy and Social Theory and Qendra Multimedia from Prishtina as the main applicant, are implementing the project Beyond Enmity: Changing Serbian-Albanian Perceptions (2017-2018). The project aims at reducing hostility and conflicts between Serbs and Albanians by promoting true, positive stories about examples of Serbian-Albanian friendship and/or persons that acted as bridges among the two nations in the past and recent times. The project is implemented in cooperation with newspaper Koha ditore from Prishtina and Beton cultural supplement and portal from Belgrade.

The project’s wider aim is to maintain and strengthen a cooperative network of Albanian and Serbian researchers and civil society activists, and empower them to combat present hostility on a long-term basis. We seek to challenge currently entrenched hostile perceptions by presenting stories about persons and events excluded from the public discourse, which tell a different story about Serbian-Albanian relations. The goal of the project is to publish a dozen of articles by 10 authors from Belgrade, Prishtina and Tirana in the leading Albanian Kosovo newspaper Koha ditore and Mapo from Tirana, and then in Serbian and English in Danas/Beton, B92 portal or other outlets in the region. 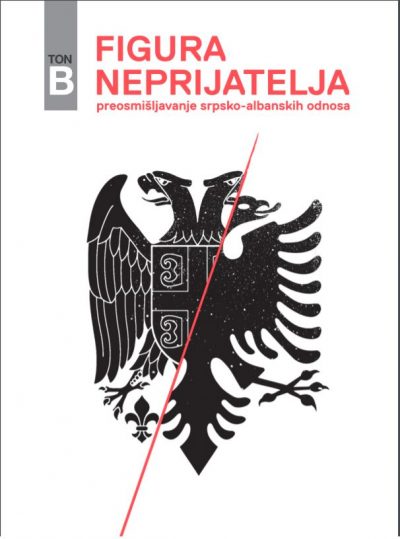 Project Figuring out the Enemy: Re-imagining Serbian-Albanian Relations challenged Serbian-Albanian hostility by reinvestigating events and discourses from the past and recent times, seeking to give explanation and identify common views, ideas and traditions that undermine the present enmity and promote cooperation.

Project brought together scholars and researchers from Serbia, Kosovo and Albania from various fields of social sciences, humanities, literature and art theory that were determined to penetrate into the logic of Serbian-Albanian hostility and into its manifestations by using various analytic tools. It covered several topics, including historical background, literature and history textbooks, artistic, literary and political discourses, media content, relations and collaborative plans.

Research efforts were divided in several thematic sections, which together explore the modes of a conflict that has lasted for centuries, with varying intensity. The introductory discussions were dedicated to researching the history(ies) and heritage(s) of both nations that aspire to the same exclusive territory. They explored memories that grew into myths, (re)construction of the past, but also of the recent key events, that become mutually nourished hostility hubs. This reconstruction continued with discourse analysis. 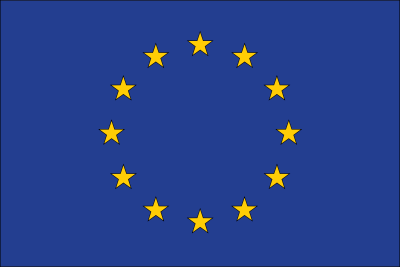 SERBIA AND ALBANIA – TOWARDS EUROPEAN FUTURE

The bilateral cooperation and mutual understanding between Albania and Serbia are of strategic importance for the stability of the region as well as European integration of the Western Balkans. One of the main obstacles standing in the way of normal and fruitful relations between two countries is the lack of knowledge about each other and the lack of opportunities for more intensive cooperation as illustrated by the recent analysis of mutual perceptions in Serbia and Albania done by the European Movement in Serbia and the Friedrich Ebert Foundation.

However, according to the research results general public of Serbia and Albania still unequivocally values normalization of relations between the two states both from the aspect of regional and international relations, as well as position of these two countries therein.

Therefore, the Forum for International Relations of the European Movement in Serbia and Friedrich Ebert Foundation have organized the International Conference “Serbia and Albania – Towards European Future”, with the intention to foster public discussion on Serbian-Albanian relations and possibilities for the development of mechanisms and modalities that could improve them, following the will of their citizens. 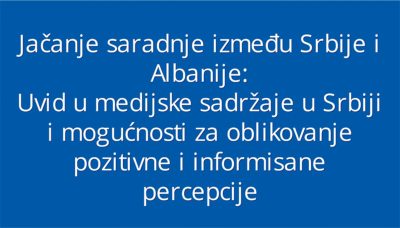 European Movement in Serbia and the Albanian Institute for International Studies founded in 2015 a joint Centre for Albania-Serbia Relations. Surveys on media reporting conducted in the two countries and several forums held during the projects showed that the media are the key actors in shaping public perceptions.

“Strengthening co-operation between Serbia and Albania – a view on the media content today in Serbia and ways of shaping positive and informed public perceptions leading to stability in the Western Balkans” was supported by the OSCE Mission in Serbia and implemented by the European Movement in Serbia. The goal of the project was to contribute to improving Serbian-Albanian relations and cooperation in various fields, as well as to identify ideological, political, historical and cultural messages that hinder advancements in cooperation and stability.

This research implemented within the project analysed the media picture of Albania and Albanians as presented in the Serbian newspapers. The expected result of the project is a detailed analysis of mutual perceptions and main advantages and weaknesses of media coverage of the two countries and their bilateral relations. This project should contribute to building better mutual relations based on increased knowledge and understanding.