In distinction to a number of historians and intellectuals who hold that hostility and enmity between Serbs and Albanians is ancient, so to say natural and that it reaches deep into the past, documentary sources actually show that Serbian-Albanian relations were essentially friendly throughout history up to the last quarter of the XIX century.

Namely, Petirit  Imami in his book Serbs and Albanians through Centuries shows that Serbs and Albanians have lived for almost 1,500 years not next to each other but with each other, so that many regions of the Balkans were ethnically mixed until relatively recent times. In other words, before the creation of national programs and efforts to establish national and ethnic (pure) states, therefore, from the second half of the 19th century onwards, there was life together in the Balkans. Of course, along with challenges, occasional disagreements, personal quarrels, and in different political frameworks where Orthodox, Catholic or Muslim rulers dominated at different times, foreign or domestic masters, and so on. For better or worse, harder or easier, but there was life together. So our history is essentially a history of living together, not of being in a neighbourhood. 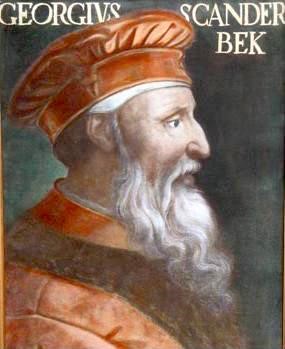 In the book When Serbs and Albanians Loved Each Other (in Serbian and  Albanian) we gathered and published a number of such nice stories. Aleksandar Pavlovic wrote about an Albanian called Iani Konda (in Serbian and Albanian), who was one of the greatest heroes of the early 19th century First Serbian Uprising against the Turks, and who died on the battlefield fighting for the Serbs. Konda has a street named after him in Belgrade city centre, a plaque commemorating his grave in the monastery Tronosa, but they conceal his Albanian 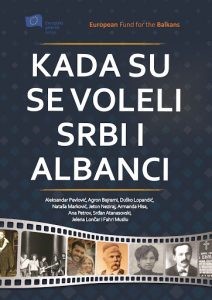 origins. Natasa Markovic offers a Romantic story about the love between Jelisaveta Nacic, the first Serbian female architect, and an Albanian intellectual Luk Lukaj (in Serbian and Albanian), who fell in love in the Austro-Hungarian camp for war prisoners during the Great War, and later participated in the Albanian fighting for Independence. Jeton Neziraj writes about the great Albanian and Yugoslav actor Faruk Begoli and his Belgrade life and marriage with Serbian ballet dancer Zoja Djokovic (in Albanian and Serbian), while Agron Bajrami tells a story about the other great Albanian actor, Bekim Fehmiu, and his love and marriage with Branka Petric (in Albanian and Serbian). Armanda Hysa’s text about currently ever more so popular marriages between Albanian women and Serbian men, occurring mainly in the rural and mountainous part of Serbia (in Albanian and Serbian), completes this „marital“ section. Musicologist Ana Petrov writes about rock’n’roll hits in Albanian popular in the former Yugoslavia (in Serbian and Albanian), and Srdjan Atanasovski sheds light on a specific tradition of syncretism in Kosovo, where certain holy places have been jointly worshiped for centuries by the Orthodox, Roman-Catholics and Muslims alike, irrespective of their ethnicity (in Serbian and Albanian). Jelena Loncar tells about contemporary strivings to being together reputable Albanian and Serbian women (in Serbian and Albanian), such as politicians, scholars and journalists, as a valuable initiative and the hope for the future improvement of Serbian-Albanian relations. Finally, Fahri Musliu writes about Petrit Imami, a recently departed Albanian scholar who lived in Belgrade and vigorously promoted Serbian-Albanian cooperation and mutual understanding for decades.